HAVE YOU SEEN THESE FAMOUS FUTON MOVIES?

Need help in picking out a movie? Here is the classic futon movie guide for your enjoyment and a good laugh. 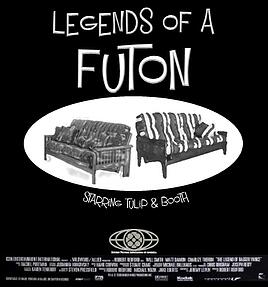 Maybe you have some we have not thought of. Add your own and send to our facebook.

JAWS: An innocent summer day turns horrid when three friends try to move an old sleeper sofa from one apartment to another. Each one is devoured by the menacing heavy beast. Eventually they decide to leave the old thing behind and buy a new futon instead. Classic line: I think we need a bigger doorway!

The Color Purple: Tails of a teenage girl trying to buy a purple futon cover. She goes from place to place, but never seems to find exactly the right shade of purple.

It's a Mad, Mad, Mad, Mad, World: A group of determined treasure-seekers is attempting to buy futons really cheap on the internet. The plan is foiled by local merchants, who refuse to give out information on the name of  thier suppliers.  In the end everyone gets angry.

On the Waterfront: Story of dockworkers who fight over a container ship loaded with imported futon frames that is running really late. Retailers wait anxiously which has been delayed "on the waterfront" for months. Finally the dispute is settled when it is decided to save time by damaging the  futon frames before sending to the retail stores.